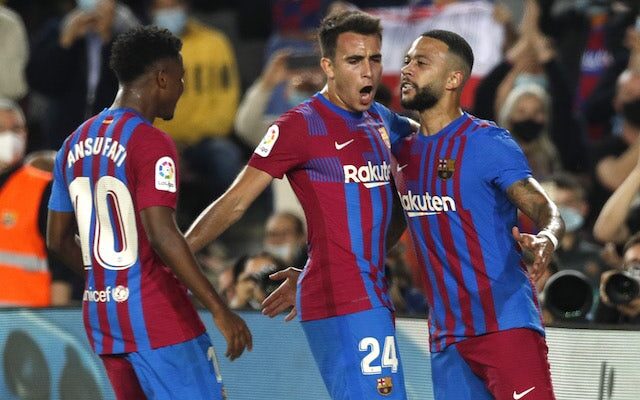 Barcelona, who are languishing down in ninth position in the La Liga table, will start life after Ronald Koeman with a clash at home to Alaves on Saturday night.

The Catalan giants sacked Koeman as head coach following Wednesday’s 1-0 loss to Rayo Vallecano, and Barcelona B boss Sergi Barjuan has been appointed as first-team manager on an interim basis.

Barcelona still have a number of injury problems, with Ansu Fati, Frenkie de Jong, Ronald Araujo, Pedri, Martin Braithwaite and Ousmane Dembele all either ruled out or major doubts.

The Catalan outfit will not want to take any chances, particularly with the likes of Fati, Pedri and Dembele, so it would not be a surprise to see all three miss out once again.

The squad should be similar to the one available against Rayo, but there are expected to be changes, with Yusuf Demir and Gavi pushing to be involved in the starting XI, while Sergi Roberto could move into midfield, opening the door for Sergino Dest to drop back into the right-back spot.

As for Alaves, Fernando Pacheco had to be replaced against Elche due to a problem that he picked up in the latter stages of the contest, but the goalkeeper is expected to recover in time for this match.

The visitors have no other injury concerns, and it would not be a surprise to see the majority of the XI that started last time out again take to the field here.

However, Calleja could decide to freshen his side in a couple of positions, with Toni Moya potentially coming into the midfield, while Manu Garcia could get the nod in the number 10 spot.