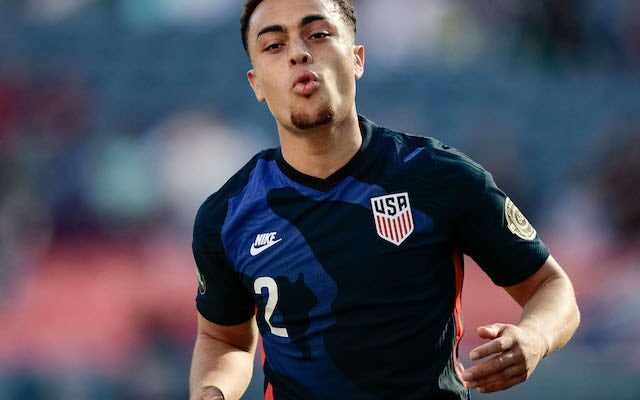 Barcelona are reportedly planning to meet with Sergino Dest and his representatives to discuss the defender’s future with the Catalan giants.

The United States international has been linked with a move away from Camp Nou this month and is believed to be of interest to Chelsea, who are keen to sign a new full-back before the end of the January window.

According to The Mirror, Barcelona will meet with Dest’s agents on Sunday to discuss whether the right-back will be leaving the La Liga team in the coming weeks.

The report claims that the American is valued in the region of £17m, and he is open to moving to the Premier League this month.

Dest has been a regular for Barcelona during the 2021-22 campaign, making 16 appearances in all competitions, contributing three assists in the process.

The former Ajax youngster still has three-and-a-half years left to run on his contract at Camp Nou but is believed to be available for transfer, as Xavi‘s side look to make room in their wage budget to register Ferran Torres in their squad.