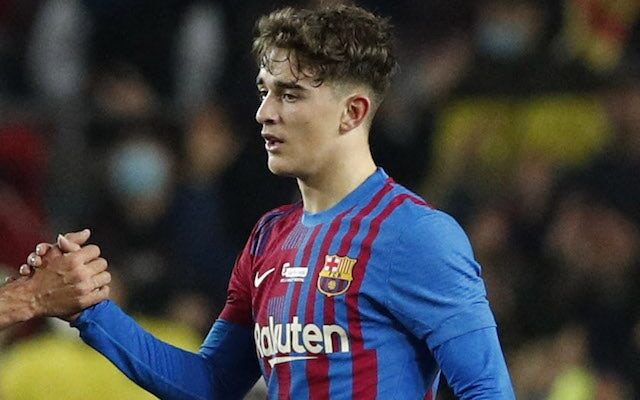 Barcelona are still confident of signing Gavi to a new contract despite the ongoing speculation surrounding the teenage midfielder’s future.

The 17-year-old has made the breakthrough into the club’s first team this season, featuring on 22 occasions in all competitions, contributing one goal and three assists in the process.

Gavi’s current deal at Camp Nou is due to expire in June 2023, and a number of teams, including Liverpool, Chelsea and Manchester City, are said to be keen to bring him to the Premier League.

According to Italian journalist Fabrizio Romano, despite the ongoing speculation, Barcelona are still expecting to sign the youngster to a five-year contract in the near future.

Romano claims that the €50m (£41.8m) release clause in the Spain international’s contract will be removed, and he is keen to stay at the Catalan club despite interest from the Premier League.

Gavi became Spain’s youngest ever player when he debuted for the national team against Italy in the UEFA Nations League semi-finals last October.