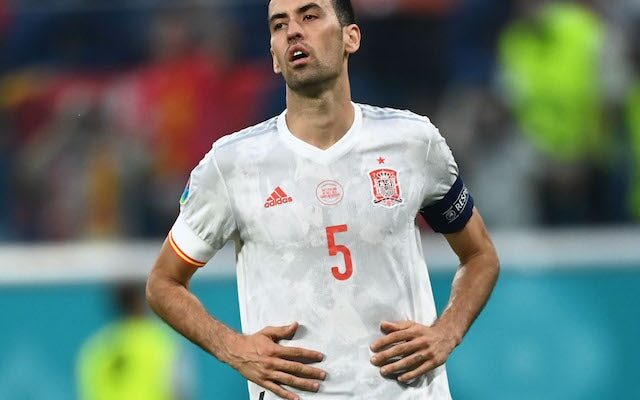 Busquets has spent his entire career at Camp Nou, making a total of 650 appearances and winning an astonishing 30 pieces of silverware.

However, despite remaining as a first-team regular this season, the 33-year-old is susceptible to an exit at a time when the Catalan giants are in transition and need to reduce their wage bill.

According to El Nacional, president Joan Laporta would not make a considerable effort to retain the services of the Spaniard if an offer is made at the end of the season.

The report adds that Busquets is open to a move to the Premier League, specifically Man City who are managed by former Barcelona boss Pep Guardiola.

Busquets may be regarded as the ideal replacement for long-serving Fernandinho with the Brazilian turning 37 years of age in May.