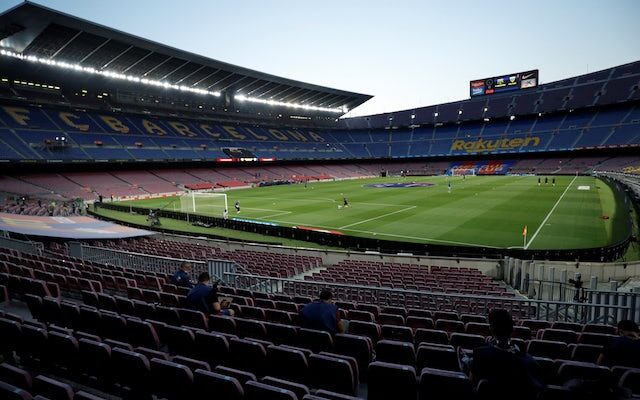 The 19-year-old has made 15 appearances for Simon Grayson‘s side this season, with his form earning him a call-up to the England Under-21 squad for the upcoming international break.

Hill will be out of contract and available on a free transfer next summer, while he will be able to open talks with foreign clubs from January.

The Daily Mail reports that Barcelona are one such interested party, having sent scouts to watch the centre-back during their 1-0 defeat to Burton Albion last month.

A number of Premier League clubs are also thought to be tracking the progress of Hill.

The youngster is the first outfield League One player to be called up for the England Under-21s since Ezri Konsa of Charlton Athletic in 2019, and will hope to make his debut against Czech Republic Under-21s on Thursday.