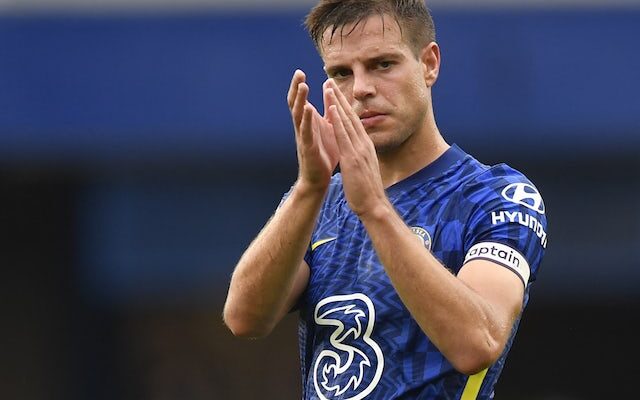 Barcelona reportedly have a ‘principle agreement’ with Chelsea defender Cesar Azpilicueta over a move to Camp Nou next summer.

The Spaniard’s future at Stamford Bridge continues to be called into question, as his contract with the Champions League holders is due to expire in June 2022.

Barcelona have been strongly linked with the versatile defender, and according to Spanish journalist Gerard Romero, the Catalan giants are ‘very close’ to signing him.

Romero claims that there is already a ‘principle agreement’ in place for the 32-year-old to join Xavi‘s side ahead of the 2022-23 campaign.

Azpilicueta has again been an important player for Chelsea during the current season, making 20 appearances in all competitions, contributing three assists in the process.

The defender has previously played in La Liga for Osasuna, representing the club on 108 occasions before moving to Marseille ahead of a switch to the Blues.