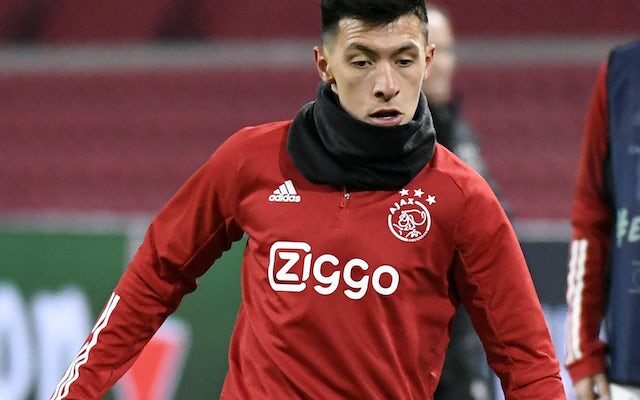 The 23-year-old has been in impressive form for his Dutch club during the 2021-22 campaign, making 24 appearances in all competitions, contributing one goal and four assists in the process.

Martinez only signed a fresh contract extension with Ajax in October, with his current deal running until June 2025, but there has recently been speculation surrounding his future.

According to Tuttomercatoweb, senior figures at Barcelona view the Argentine as the ideal long-term replacement for Gerard Pique, who will turn 35 next month.

Martinez, who is also capable of playing at left-back and in central midfield, has featured on 107 occasions for Ajax since making the move from Defensa y Justicia in 2019.

Barcelona are believed to be attracted by the South American’s ball-playing abilities and view him as the ideal player to add to their current defensive options.

Martinez played every minute of his Dutch side’s 2021-22 Champions League group-stage campaign, helping the reigning Eredivisie champions to advance to the knockout round with a 100% record.