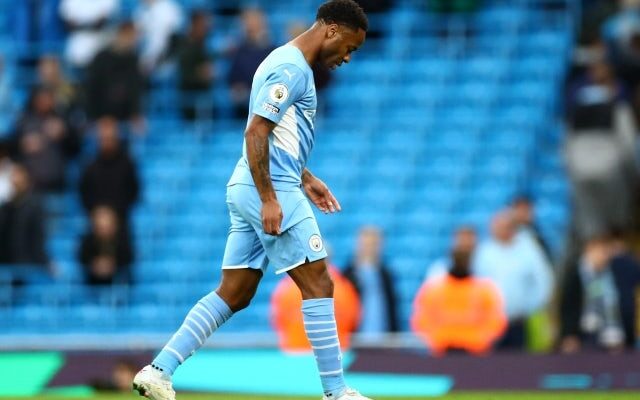 Barcelona have reportedly asked Manchester City winger Raheem Sterling to consider a paycut, should he opt to move to Catalonia.

The England international has been linked with a switch to the Camp Nou in recent months, as he is said to be a prime target of the new Barca hierarchy, with speculation intensifying since the appointment of Xavi as manager.

However, according to The Sun, the Catalan giants’ plans to bring him in on loan in January have been put on hold, as they are reportedly unable to afford half of his Manchester City wages.

The report continues, saying the club have asked for their contribution to his salary to be reduced, with the Citizens continuing to cover half for the remainder of the 2021-22 season.

Sterling attracted attention with his performances for England at Euro 2020, netting three goals and contributing an assist as England reached the final, but he has only earned three starts in the Premier League this term, leading to rumours linking him with an exit.

The 26-year-old has now clocked up 116 goals and 89 assists since making the switch from Liverpool to the Manchester side, while he boasts 18 international goals in 72 caps.