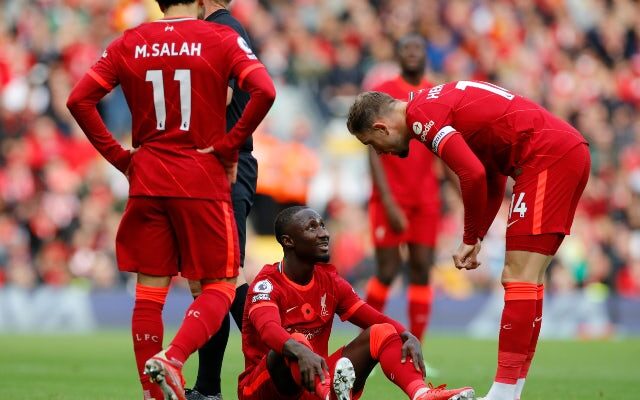 Barcelona have reportedly jumped to the front of the queue to sign Liverpool midfielder Naby Keita, whose future at Anfield is in doubt.

The 26-year-old has featured 11 times for Jurgen Klopp‘s side in the Premier League this season, of which only six of those appearances have been in the starting 11.

Keita will not make any further appearances for the Reds in the next month either, as he is away on international duty representing Guinea in the Africa Cup of Nations.

According to Spanish reports from El Nacional, Xavi‘s side are now the favourites to sign the midfielder, with Klopp also said to be willing to let Keita leave the club.

German giants Bayern Munich were linked with Keita before his move to Liverpool from RB Leipzig, and they are again believed to be among the interested parties, along with West Ham United, AC Milan and Roma.

Keita arrived at Anfield in 2018 after the Reds agreed to pay his £48m release clause, and his contract is not due to expire until the summer of 2023.