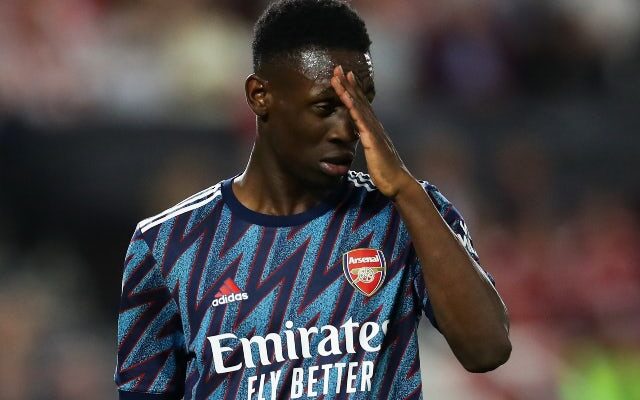 Arsenal starlet Folarin Balogun is reportedly on the radar of both Middlesbrough and Saint-Etienne.

The England Under-21s international continues to be largely restricted to appearances for the youth teams, despite Pierre-Emerick Aubameyang‘s stint out of the team.

Balogun penned a new deal with Arsenal until 2025 in the spring, but a loan move elsewhere is being mooted as he struggles for first-team opportunities.

According to Sky Sports News, Middlesbrough are one of several Championship clubs hoping to secure Balogun’s services in 2022, with manager Chris Wilder attempting to sign him during his time in charge of Sheffield United.

However, the report adds that Saint-Etienne are also keeping a close eye on the 20-year-old, who has 13 goals from 11 Premier League 2 appearances this season.

Balogun has made a total of 10 appearances for the Arsenal first team, banking two goals and one assist in the Europa League last season.