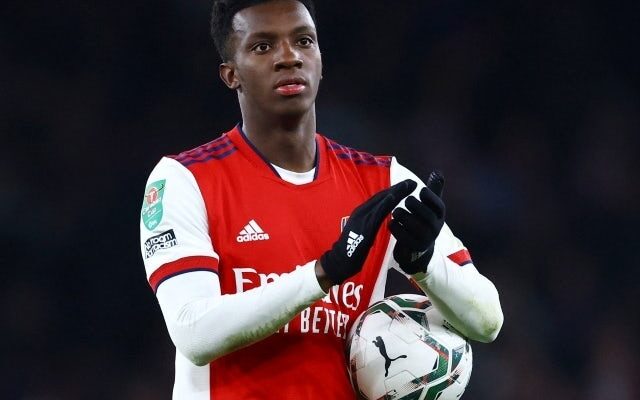 Arsenal‘s Eddie Nketiah is a priority target for Crystal Palace within this transfer market, according to a report.

The striker has struggled for game time during the 2021-22 campaign, having only made three appearances in the Premier League so far this season.

Patrick Vieira is hoping to raid his old club in January, with the 22-year-old being someone he is looking at as a potential January transfer.

According to Alan Nixon, Nketiah is a priority target for the Eagles this month, with the Premier League outfit hoping to bring him to Selhurst Park.

Crystal Palace do face competition though, with Bayern Leverkusen also being interested in the forward, and the German club are hoping to secure him on a free transfer in the summer.

Nketiah is out of contract with Arsenal at the end of the season, meaning he now has the possibility to talk with European teams about a future move.