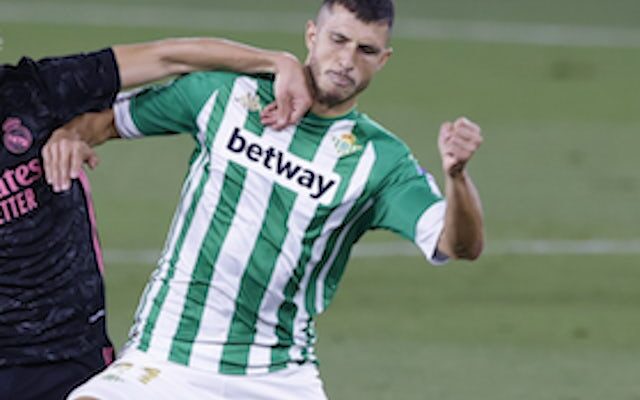 The 27-year-old has been a mainstay in Manuel Pellegrini‘s starting lineup since arriving at the club in July 2020, and his performances this campaign have helped Los Verdiblancos climb to within three points of the La Liga summit.

According to Fichajes, several Premier League clubs are interested in Rodriguez, with both Arsenal and West Ham believed to be leading the race for his signature.

The report also states that Mikel Arteta has told the Gunners’ hierarchy of his desire to sign the Argentina international in one of the upcoming transfer windows.

West Ham, meanwhile, could see the potential addition of Rodriguez as a replacement for in-demand midfielder Declan Rice, who has been heavily linked with a move away from the London Stadium.

Rodriguez – who has also been linked with Liverpool – is valued by Betis at around €30m (£25.3m) and will not see his current contract expire until the summer of 2024.