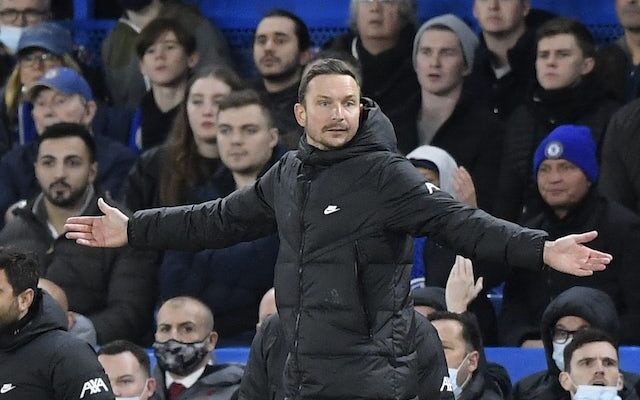 Liverpool‘s EFL Cup semi-final clash with Arsenal, scheduled for Thursday evening, has been postponed due to rising COVID-19 cases in the away team’s squad.

The Reds temporarily shut down their training centre on Wednesday after assistant manager Pep Lijnders tested positive for the virus.

“The club’s submission to have the fixture rescheduled has been approved by the EFL due to the increasing number of suspected positive COVID-19 cases among players and staff,” read a statement on Liverpool’s official website.

“The latest round of testing on Tuesday returned a significant number of positives, including Pepijn Lijnders, who was due to take charge of the Reds at Emirates Stadium.”

Liverpool have been left “without a sufficient number of players and staff” to play the match at the Emirates Stadium, which has led to the postponement of the contest.

The first leg of the semi-final contest will now take place at Anfield on January 13 before the second leg at the Emirates Stadium on January 20.

Liverpool manager Jurgen Klopp was absent from the touchline against Chelsea in the Premier League at the weekend after returning a positive test.