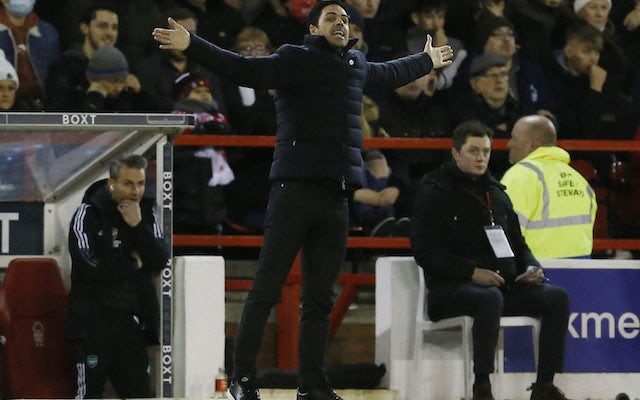 Arsenal are reportedly looking to bring in emergency loans amid a coronavirus outbreak in Mikel Arteta‘s squad.

Granit Xhaka and Folarin Balogun have recently tested positive for the virus which has put them at risk of missing Thursday’s League Cup semi-final first leg against Liverpool.

Takehiro Tomiyasu and Emile Smith Rowe are also doubtful ahead of this week’s important matches, and four other players including Pierre-Emerick Aubameyang, Mohamed Elneny, Thomas Partey and Nicolas Pepe are all playing in the Africa Cup of Nations.

The Mirror reports that Arteta is now looking sign some players on an emergency loan basis to help bolster his squad, with both legs of their semi-final coming up, and the North London derby sandwiched in between those matches against Jurgen Klopp’s side.

Arteta admitted after their FA Cup third round exit against Nottingham Forest that the Gunners are very short of options and so the club will look to move for players who can fulfil a brief period at the Emirates.

Arsenal have been linked with moves for Arthur, Denis Zakaria and Samuele Ricci, but any deals involving those midfielders are likely to be more substantial than an emergency loan.