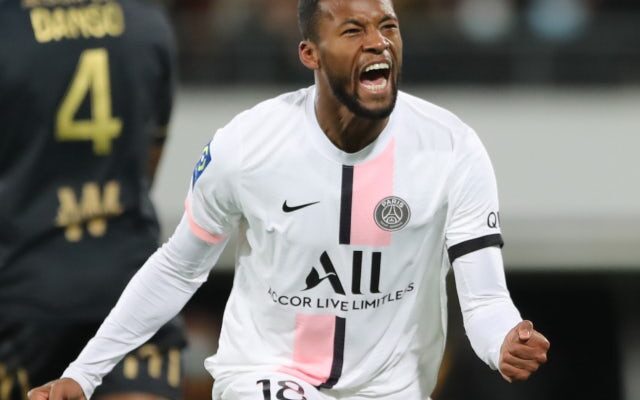 Arsenal are reportedly set to ramp up their efforts to bring Paris Saint-Germain‘s Georginio Wijnaldum back to the Premier League.

The Gunners have lost Thomas Partey and Mohamed Elneny to Africa Cup of Nations duty, while Granit Xhaka recently tested positive for COVID-19.

As a result, Mikel Arteta was forced to field Albert Sambi Lokonga and Charlie Patino as his midfield pairing for Sunday’s FA Cup tie with Nottingham Forest, which the Gunners lost 1-0.

With Arteta confirming that Arsenal will try to sign a new midfielder in January, Fichajes claims that the Gunners will attempt to prise Wijnaldum away from PSG.

The former Liverpool man has struggled to settle at the Parc des Princes under Mauricio Pochettino, and the report claims that PSG could be open to a sale for as little as €15m (£12.5m).

Wijnaldum has three goals and one assist to show from 24 appearances for PSG in the 2021-22 season and is under contract at the Parc des Princes until 2024.