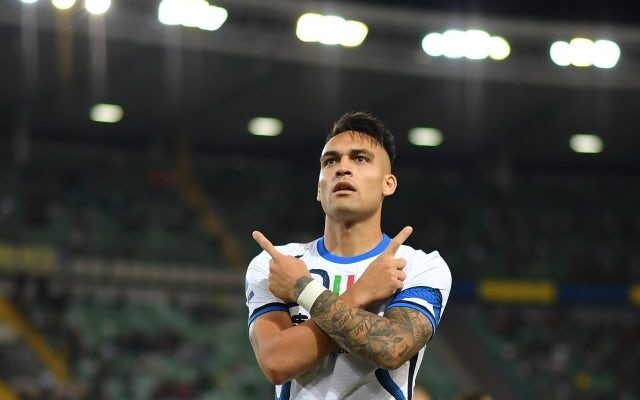 Arsenal have reportedly made the signing of a new striker their top priority for the January transfer window.

A number of the Gunners’ current strikers face uncertain futures, with Alexandre Lacazette‘s contract due to expire next summer and Eddie Nketiah and Folarin Balogun both linked with moves away due to a lack of first-team football.

Pierre-Emerick Aubameyang also looks increasingly likely to leave the club following a public fallout with manager Mikel Arteta which has seen him miss the last three games, stripped of the captaincy and banished from first-team training.

Previous reports suggested that Arsenal would be willing to wait until the summer to bolster their forward line, but football.london claims that Aubameyang’s disciplinary breach has forced them to accelerate their plans.

Inter Milan striker Lautaro Martinez is one of the players thought to be on their wishlist, while the Gunners have also been heavily linked with a move for in-form Fiorentina frontman Dusan Vlahovic.

Everton‘s Dominic Calvert-Lewin has previously been linked with a switch to the Emirates Stadium too, although Arsenal are wary of signing him until they can assess how he recovers from his current injury, while a surprise move for Manchester United’s Mason Greenwood has also been touted.