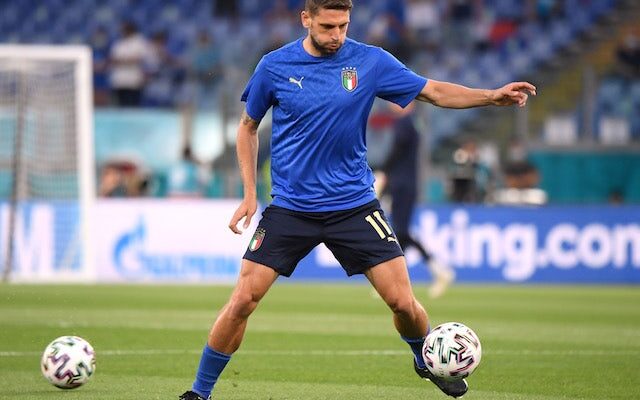 The 27-year-old attracted widespread interest over the summer, following his part in Italy’s Euro 2020 triumph, with the likes of Leicester City said to have enquired about his price tag.

According to Sport Lens, Arsenal have now joined the race for his signature, with Fiorentina also said to be interested alongside Leicester and the Gunners.

The London side are now said to be a more attractive proposition for Berardi, who has been at Sassuolo since 2012, as a result of their improvements, with Mikel Arteta‘s side having now gone 10 games without a defeat in all competitions, including eight victories.

The Spanish manager is now reportedly keen on improving his side’s quality in the wide areas and providing competition for Bukayo Saka and Nicolas Pepe, who is yet to score in seven league matches this campaign.

After missing the first two games of the season, the Italian has made 10 Serie A appearances for Sassuolo this term, contributing five goals and three assists to take his record to 110 goals and 70 assists in 301 games for the club.