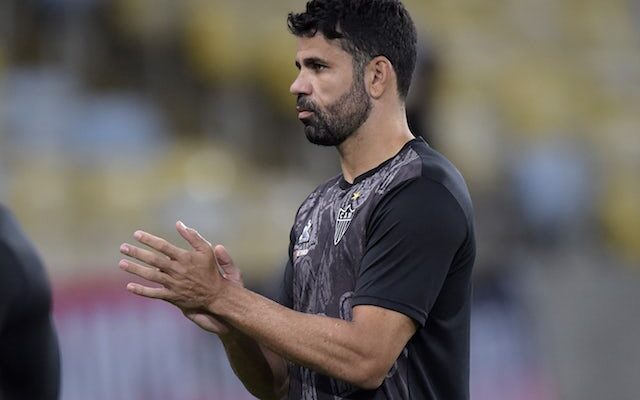 Arsenal have reportedly held informal discussions with Diego Costa over a return to the Premier League.

The 33-year-old is negotiating his exit from Atletico Mineiro, and he is expected to free to join another club during the January transfer window.

The Gunners are keen to bolster their attacking options amid the uncertainty surrounding Pierre-Emerick Aubameyang‘s future, while Eddie Nketiah and Alexandre Lacazette are both out of contract this summer.

According to Goal, Mikel Arteta‘s side are one of a number of clubs to hold informal talks with the Spain international over a return to the Premier League.

Costa played in England for Chelsea between 2014 and 2017, scoring 59 goals in 120 appearances for the club before returning to Atletico Madrid.

The experienced centre-forward won two Premier League titles and one League Cup during his time at Stamford Bridge.

Costa, who is also believed to have an offer on the table from Cadiz, has scored five times and registered one assist in 19 appearances for Atletico Mineiro.