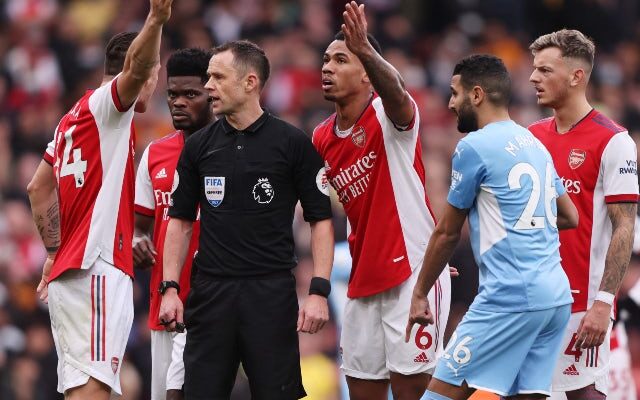 Arsenal have been slapped with a £20,000 fine after accepting their misconduct charge in the weekend’s defeat against Manchester City.

The FA alleged that the Gunners had failed to ensure that their players conducted themselves “in an orderly fashion” in the 59th minute when Gabriel Magalhaes was sent off.

Arsenal ultimately suffered a 2-1 defeat on a day marred by controversial refereeing and VAR decisions by Stuart Attwell and Jarred Gillett, but the club have accepted the penalty.

An FA statement on social media read: “Arsenal FC has been fined £20,000 after admitting a charge for a breach of FA Rule E20.1 and accepting the standard penalty.

“The club failed to ensure its players conducted themselves in an orderly fashion during the 59th minute of its Premier League fixture against Manchester City on Saturday [01/01/22].”

Arsenal remain in the top four of the Premier League table despite that defeat and are scheduled to return to action against Nottingham Forest in the FA Cup on Sunday evening.