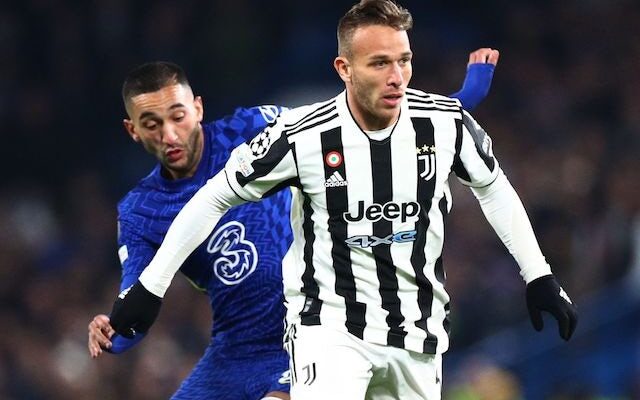 Mikel Arteta is believed to be keen on signing a midfielder in this month’s transfer window, as Mohamed Elneny and Thomas Partey are currently playing in the Africa Cup of Nations, while Ainsley Maitland-Niles has completed a loan switch to Roma.

In addition to Arthur, Zakaria and Ricci, Lyon‘s Bruno Guimaraes has been linked with a move to the Emirates, with Gunners CEO Edu an admirer of the Brazilian, but a deal for Guimaraes looks to be too complicated this month due to Lyon’s high asking price.

According to journalist Fabrizio Romano, Juve are looking to offload Arthur after his £66m move from Barcelona has not gone to plan, but Arsenal are also targeting Zakaria and Ricci.

Zakaria has been a key part of Monchengladbach’s campaign so far, only missing three Bundesliga outings, while Ricci has excelled in his first full season in Italy’s top flight with Empoli.

Arsenal face a big week ahead of them with the first leg of their League Cup semi-final against Liverpool taking place on Thursday, before the North London derby at the Tottenham Hotspur Stadium on Sunday.