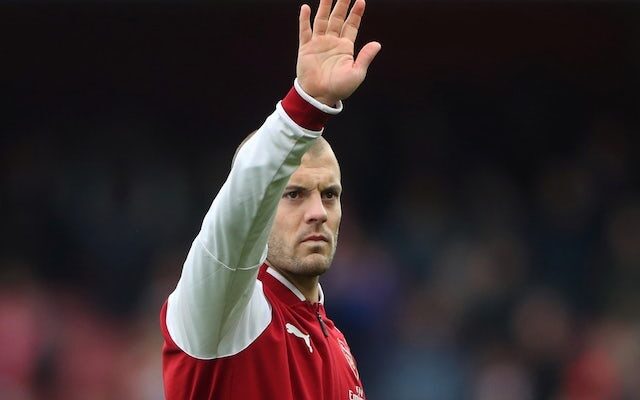 Arsenal manager Mikel Arteta has ruled out the prospect of Jack Wilshere re-signing for the club on a short-term deal.

The Gunners are confirmed to be in the market for new faces in the engine room ahead of Ainsley Maitland-Niles‘s loan move to Roma for the remainder of the season.

Wilshere has been taking part in first-team training with Arsenal as he searches for a new club and completes his coaching badges, but Arteta has always played down the prospect of the former England international turning out for the club again.

When asked about Wilshere again in Friday’s press conference, Arteta responded: “I think I was very clear on the situation with Jack and the role he’s going to have around here and we will continue the same way.”

Wilshere previously scored 14 goals and set up 30 more in 198 appearances for the Gunners, winning two FA Cups before departing for West Ham United in 2018.

Amid their search for midfield additions, Bruno Guimaraes, Renato Sanches and Denis Zakaria are all being linked with moves to the Emirates.