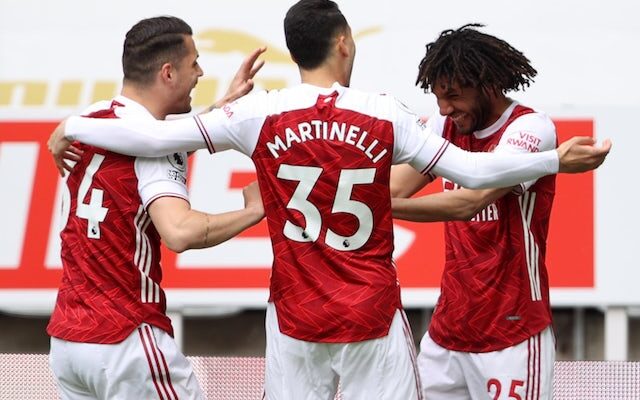 Arsenal will be aiming to extend a Premier League goalscoring record when they welcome Newcastle United to the Emirates on Saturday lunchtime.

The Gunners embarked on a 10-game unbeaten run across all tournaments before being humbled 4-0 by Liverpool last time out, although they remain fifth in the table as things stand.

Arsenal have enjoyed consistent success against Newcastle in recent seasons, winning each of their last nine at the Emirates and losing just once in their last 17 against the Magpies in the league.

In that time, the capital club have opened the scoring 16 games in a row against Newcastle in the top flight – the longest Premier League streak for one team breaking the deadlock against another – and they will endeavour to make that 17 this weekend.

Pierre-Emerick Aubameyang will also be aiming to build on his impressive tally of six goals from eight games versus Newcastle in all competitions, having scored in each of his last five meetings with the North East club.

Arsenal start the day 15 places higher and 14 points better off than Newcastle, who are still waiting for their first win of the new season.