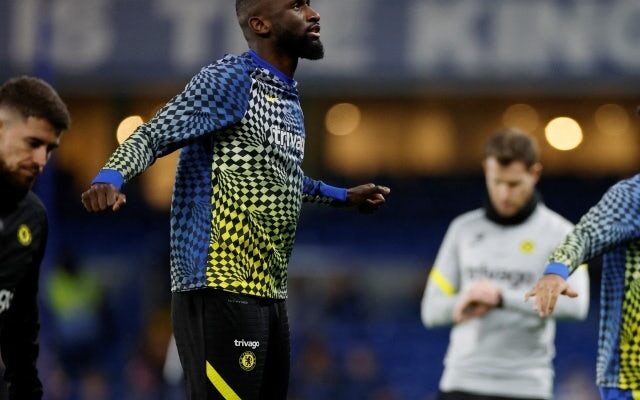 Chelsea defender Antonio Rudiger would reportedly prefer a move to Real Madrid rather than Paris Saint-Germain.

The Germany international has entered the final six months of his Stamford Bridge deal and is free to begin negotiations with foreign clubs over a pre-contract agreement.

Real Madrid and PSG are believed to be two of four clubs who have touched base with Rudiger’s entourage, with Bayern Munich and Juventus also rumoured to be in the running.

PSG are now reported to have submitted a contract offer to the former Roma man, but Foot Mercato reports that he has his heart set on a transfer to Real Madrid.

The report adds that PSG’s contract offer would see Rudiger pocket €7m (£5.9m) per year at the Parc des Princes, but he may be prepared to earn less in order to secure a move to Real Madrid.

The 28-year-old has remained an integral part of Thomas Tuchel‘s side amid his contract standoff, starting 20 Premier League games this term and contributing two goals and two assists.