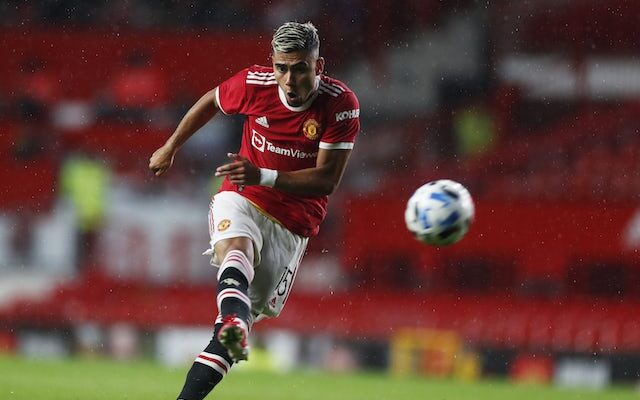 Andreas Pereira has confirmed his desire to leave Manchester United and join Flamengo on a permanent basis.

The 25-year-old has quickly established himself as a regular member of the first team at Flamengo since joining on loan in August, scoring five goals in 24 appearances for the club this season.

Pereira’s contract at Old Trafford does not expire until 2023, but he is deemed surplus to requirements and the Red Devils are keen to cash in on him.

The midfielder has now revealed that he is also eager to leave, and insists that he will “do everything” to make his loan move to Flamengo permanent.

“My desire has always been to stay here at Flamengo, and now we are going to do everything,” Pereira told ESPN.

“We are going to talk to President Landim and Marcos Braz to make this possible. Of course, I have a feeling that I owe the fans a title.

“As I told them, you can count on me, I’ll do my best so that next year we can come out with those titles there.”

Pereira made his debut for Man United in 2014, but he has spent four separate loan spells away from the club since and has only made 75 appearances for the Red Devils in total.