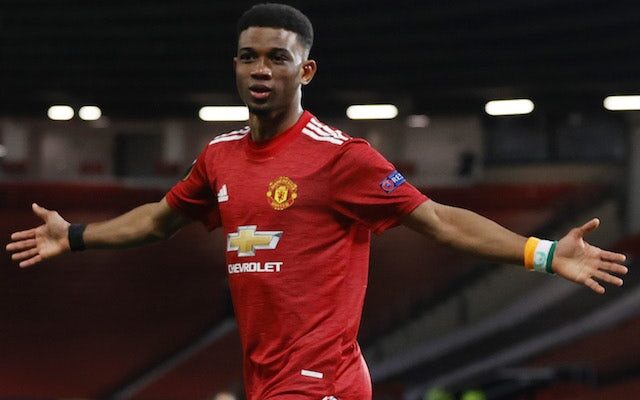 Amad Diallo will make his first Manchester United appearance of the season in Wednesday’s Champions League clash with Young Boys at Old Trafford.

The 19-year-old missed the start of the campaign with a thigh injury but has been training with the first team in recent weeks and was on the bench against Villarreal in the Champions League on November 23.

Diallo was also named in the squad against Arsenal on December 2 but was then left out by new interim manager Ralf Rangnick for Sunday’s league contest with Crystal Palace.

The Ivory Coast international will make his first Man United appearance of the season against Young Boys, though, with the attacker named in the starting XI.

Diallo is one of 11 changes made by Rangnick, who has shuffled his pack ahead of Saturday’s Premier League clash with basement side Norwich City.

The teenager, who could leave the Red Devils on loan in January, has scored once and provided one assist in eight first-team appearances for the 20-time English champions.