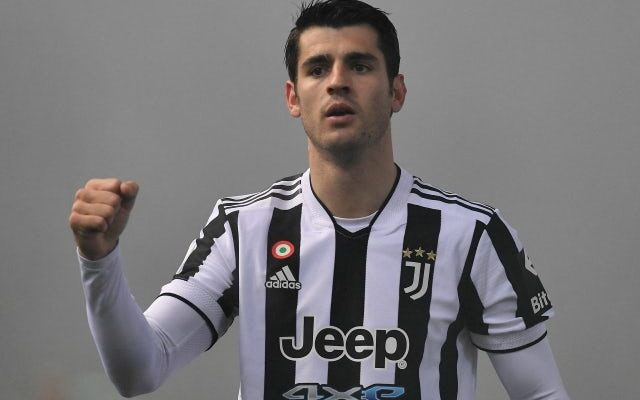 Barcelona are reportedly on the verge of completing the signing of Alvaro Morata from Atletico Madrid.

The Spain international’s future has been the subject of much speculation in recent days, with Barcelona boss Xavi said to be determined to bring the centre-forward to Camp Nou.

According to AS, the deal is already ‘95% done’, with Morata set to join the Catalan giants on loan for the remainder of the season, while there will also be a future purchase option included.

The report claims that Xavi views the 29-year-old as ‘one of the best attackers in the world’, and he could be available for the Spanish Super Cup against Real Madrid on January 12.

Morata has been in impressive form for loan side Juventus during the 2021-22 campaign, scoring seven times and contributing three assists in 23 appearances in all competitions.

The Spaniard has also made 112 La Liga appearances during his time at Real Madrid and Atletico, finding the back of the net on 43 occasions, in addition to contributing nine assists.