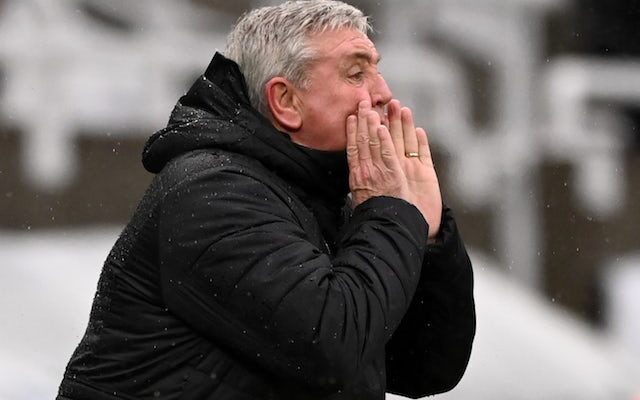 Steve Bruce would be interested in becoming Manchester United‘s new head coach on an interim basis, according to the experienced manager’s son Alex Bruce.

The Red Devils sacked Ole Gunnar Solskjaer on Sunday and revealed that they would be looking to appoint a new boss on an interim basis for the remainder of the 2021-22 campaign.

Steve Bruce, who recently left Newcastle United, has been linked with the position, and his son has said that the 60-year-old would be open to the role at Old Trafford.

“Who knows? I think everyone knows he has a great relationship with the club. If they needed him, I’m sure he would be there to help,” Alex Bruce told Sky Sports News.

“I think they need to get a world-class, elite manager. If they can’t find someone at this present time, then I’m sure he would be up for it.