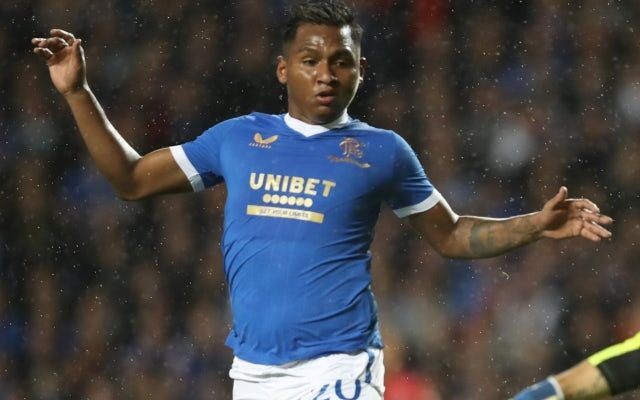 Former Scotland and Rangers defender Alan Hutton believes the Premiership champions are in a “win-win” situation amid speculation over Alfredo Morelos‘s long-term future at the club.

The Colombian is understood to be in advanced talks to extend his contract with the Gers, however Steven Gerrard previously suggested that the 25-year-old is considering his future away from Ibrox.

Although Rangers would like to keep hold of their star striker, Hutton feels that Morelos is trying to impress potential suiters and has claimed that the club would receive a “good fee” if they do decide to cash in.

“I think the manager’s right. If he’s getting the best out of Morelos that means he’s scoring goals and putting in good performances on the pitch – and that warrants other clubs looking at the player,” Hutton told Football Insider.

“It’s a win-win for everybody – if Rangers are going to sell, it will be for a good fee which they will reinvest in the squad.

“Steven Gerrard isn’t silly; he knows exactly what’s going on. Morelos’ best performances come under the lights on European nights when he knows everyone is watching.

“It works for both parties. As long as he’s putting the ball in the net, there’ll be teams watching him.”

Morelos, who has less than two years remaining on his current deal at Ibrox, has scored 101 goals in 201 appearances for Rangers since joining the club in 2017.