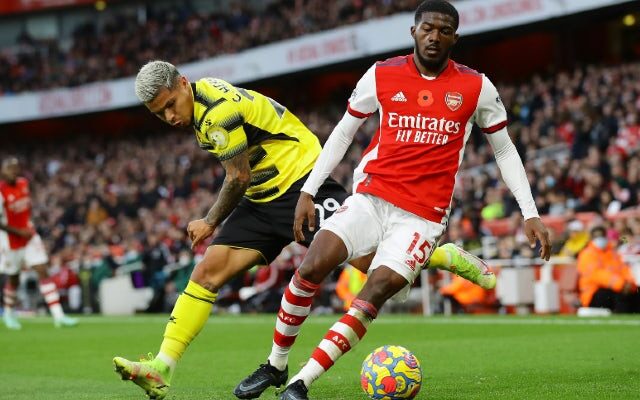 Arsenal midfielder Ainsley Maitland-Niles has insisted that he has consigned his failed Emirates exit to history.

The 24-year-old posted a come-and-get-me plea on social media over the summer after Arsenal blocked a potential move away, leading to Mikel Arteta holding clear-the-air talks with the midfielder.

Maitland-Niles started and received the man-of-the-match award in Sunday’s win over Watford in Thomas Partey‘s absence, and the Englishman has now affirmed that the summer transfer debacle is a thing of the past.

Speaking to reporters, Maitland-Niles said: “That’s all in the past now. I am just thinking about the future and what’s ahead of me. It was great to be out there today, getting my minutes, and hopefully there is more to come.”

Maitland-Niles made just his second Premier League start of the season against Watford and made five tackles, won seven ground duels and succeeded with both of his dribble attempts in a dominant display.

The versatile Englishman’s performance was hailed by Arteta, who claimed that there is a greater sense of “urgency” about him following his failed summer exit.