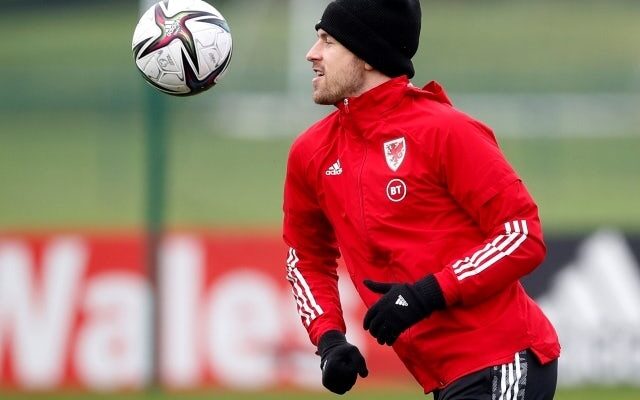 Juventus midfielder Aaron Ramsey has rejected a potential move to Burnley, according to a report.

The Welshman is expected to be leaving the Old Lady in this transfer market, with the club hoping to free up finances by allowing him to move on.

Ramsey has only played 112 minutes throughout this season, and he currently earns £400,000-per-week.

According to Sky Sports Italia, the midfielder has rejected a potential transfer to the Clarets after the Premier League outfit made a formal approach to sign him.

The 31-year-old rejected the move as he would like to play for a bigger club if a transfer is to take place, with Newcastle United and Arsenal having been linked with him as well.

Burnley currently sit inside the relegation zone of the Premier League in 18th place, as they are two points adrift of safety.