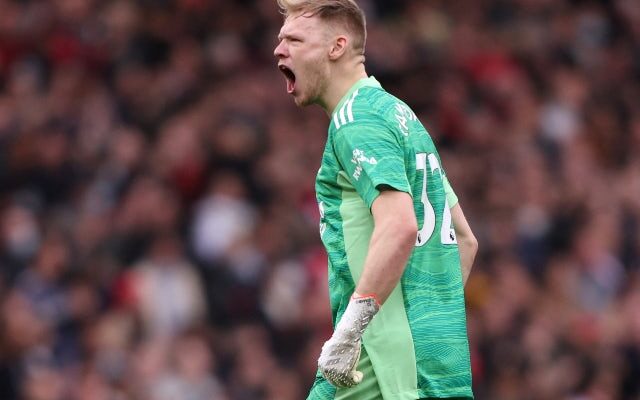 Arsenal goalkeeper Aaron Ramsdale has criticised the “inconsistency” of VAR after the Gunners lost 2-1 to Manchester City on New Year’s Day.

The Gunners exploded out of the blocks against the champions and took a deserved 1-0 lead into the half-time break thanks to Bukayo Saka‘s effort, although they had a shout for a penalty waved away following a collision between Ederson and Martin Odegaard.

Pep Guardiola‘s men were awarded a spot kick of their own after Granit Xhaka‘s shirt pull on Bernardo Silva – which Riyad Mahrez converted – and Rodri won it for City in the second minute of second-half injury time.

Ramsdale was less than impressed with the officiating, though, telling BBC Sport: “I am basing it on both penalties – the inconsistency of going to the screen, the referee might have ruled out it straight away when he looked at it.

“I am at the other end of the pitch for our penalty shout. The goalkeeper comes out with his foot and he either catches him or the ball. The Bernardo one, he stood him up and it got given. Penalties are penalties, but for us it is getting told to look at the screen.”

Gabriel Magalhaes saw red for two bookable offences on the day, which saw Arsenal become the first side to hit 100 red cards in the Premier League.